In the series of Expert Interviews we talked about food crowdfunding with Alexander Djordjevic – CEO at Foodist – food startup from Germany, which was able to run successful crowdfunding campaigns three times over the last three years with a total amount raised of around 1.5 Million euros.

About Alexander Djordjevic: graduated from a dual bachelor’s program in media management at the Hamburg School of Business Administration and at the University of the West of Scotland in Glasgow, during which he specialized in Internet business models and social media. After graduation he co-founded Foodist, in the end of 2012, which became the leading subscription business model for artisan food in Europe.

„Momentum, easy to understand business model & a strong team are 3 factors for the successful crowdinvesting campaign.“

Polina: Please define 3 factors that were important for the success of your first crowdinvesting campaign.

Alexander:
Momentum: In 2012 crowdinvesting just started to become popular in Germany. At that time no crowdfunded start-up had failed so the image of crowdfunding was mainly a positive one.  People liked the idea to support great ideas as a microinvestor and to become an active part of a success story.

Identification with the business model: Foodist curates gourmet food and sends a selection to their subscribers on a monthly basis. The Business model is easy to understand and people are generally in favor of high quality food.

Founders: The team consists of three founders, which are really passionate about their idea and combine experiences in online business and food retail. Further they are two driven, young founders in their mid-twenties and an experienced entrepreneur in his sixties. That is a unique combination that attracted a lot of investors.

Polina: How much time did you have to plan until money was on your bank account? (Preparation, duration, post-preparation…)

Alexander:
The process from the application to the first pay-out of the funding to the bank account takes usually around 6 month.

„Competitive landscape situation can have a crucial impact on your crowdinvesting results.“

Polina: Where there additional or different factors which played the most important role for the success in the 2 and 3. campaigns?

Alexander:
The performance of the second campaign stayed below our expectations. We targeted a funding of 500.000 € and we only achieved 300.000 €. The main factor was the insolvency of a competitor which had also been crowdfunded. The news was released one day before we started our second campaign.

Nevertheless the third campaign with 1.000.000 € funding within 30 days was very successful. This time we had the chance to proof that the capital of the first two campaigns was successfully invested into the growth of the company and we were able to increase the pre-money valuation of the company from 1.000.000 € to 5.500.000 € at the same time.

Polina: What in your opinion makes a product/service to the fit or misfit for crowdfunding?

Alexander:
Crowdinvestors are professional in the way they analyse the team, market & competition and key performance indicators, e.g. revenues and margins. But in comparison to VC´s crowdinvestors give less importance to the scalability of the product or service. They tend to be more in favor of likable consumer products that they could picture themselves buying one day.

Polina: What kind of food projects in your opinion would have the best chances for crowdfunding in 2016?

Alexander: In my opinion the focus will be more on innovative food producers than on food curators or retailers, who operate in a highly competitive markets with big players like HelloFresh or Tesco. The crowd will support and invest in producers of high quality healthy food with a sustainable business model and a strong founding team. 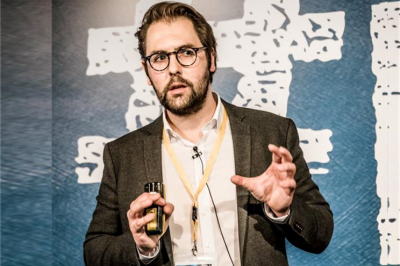